If you were like my friend John when the second season of The Boys dropped on Amazon you are probably one of many. John burned through the first three episodes of The Boys this weekend before frustratingly wondering why episode four would not launch. Where was it? It was waiting until the Friday to be available. This is not how the first season was handled when the not exactly super hero show launched. Like most Amazon and Netflix shows for that matter, the series launched last year with all of its episodes available.

Amazon though is releasing the Boys season two more like Hulu releases The Hand Maids Tale or the way Disney+ rolls out the Mandelorian. And the reasoning behind that is partially based on the success of those shows. By following a more traditional roll out the series has a chance to catch more viewers and importantly it can remain at the forefront the pop culture discussion as publications like Total Film, or Comicbook.com weigh in on the show weekly. By releasing weekly it probably ensures that there will be a lot more YouTube videos about “secrets”: you missed in the last episode or “easter eggs” this guy was wearing a smiley face button like the watchmen in this scene OOOOOOOOOH. Glad you clicked on that video now aren’t you! Having a successful show in the digital age has just as much to do with memes, comments, Reddit and Facebook as it does whether people watch or not. Especially for Amazon, which does not sell advertising on Amazon Prime.

But regardless the longer people are talking about a show the better chance it has to pick up a bigger following because those who have not discovered it will see all of the content created around it with Spoiler warnings and such giving the impression that if they want to participate in the over all discussion that they had better start catching up. This is normal opperating procedure for traditional networks, and even hybrids like HBO Max. If you want to binge the entire third season of West World you will have to wait and avoid all the talk around the series as it unfolds. The Watchmen captured a lot of attention as it unfurled a time crossed mystery that drew in many people before it wrapped leaving fans wanting more.

The creators of The Boys pushed for this kind of schedule in the hopes that it will result in the same kind of cultural impact. We will see if it all turns out like they planned over the next five weeks. After that you can binge it in a weekend if you wish. And when you do you can pause in between each episodes and watch the lovingly edited  videos that “explain” all the stuff you should have thought about it, instead of seeing a series recap. 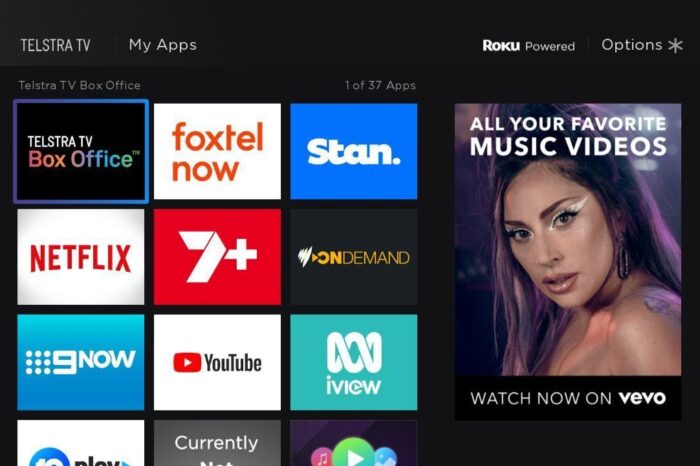 Vevo In Partnership With Telstra TV