If the online reaction to trailers is anything to base expectations the upcoming months for HBO Max could be big. Anticipation for Godzilla Vs King Kong and what’s being marketed as “Zack Snyders Justice League” is driving views to the trailers for both. The two titles are just some of what is on the way for Warner Media’s streaming service. The question will be, will the HBO Max exclusives lead to activations and new subscriptions? As of today, HBO Max’s numbers are not reflective of HBO’s overall popularity. HBO Max has 17.1 million activated users. But HBO’s legacy channel and HBO Max there are over 40 million users. This means there are lots of sets of eyes that have not logged into what is essentially a complimentary service for millions of users. But that could change.

The Justice League trailer has already garnered 16,165,342 views in 2 days on the HBO Max YouTube channel alone. That does not count in the views and interest on every other film and pop-culture or comic book-based channel of which there are many. There is heavy buzz for the title that is exclusive to the service. On the Movie Theater/HBO Max front Godzilla Vs Kong trailer on the WB YouTube channel has 61 million views. And while the country may well be starting to turn a corner on Covid-19 the movie-going audience is hardly going to snap back into place overnight. That means that there are millions of possible new customers who could sign up for the monster mash-up and stay to see the Justice League or vice versa. In between, there will be lots of other content to catch their attention. Because the truth is that while HBO Max is trying to advertise itself as an all-around service, its biggest content edge is adult and blockbuster entertainment.

HBO Max has not met its potential at all. The service says it has already outpaced its expectations for this point but we have to wonder if it set expectations low in order not to come off as failing. Remember, Disney+ also set low expectations only to bulldoze over them with 95 million subscribers to date. Based on the idea that HBO has 41 million users combined and only 17.1 million activated HBO Max accounts that means (here comes math) that as many as 27 million HBO users have yet to launch HBO Max. We can’t know for sure how many users have the service directly through HBO Max and how many of them authenticate through their pay-TV subscription. Warner may be perfectly fine with those numbers for now but it hopes to have 50 million to 55 million HBO Max customers in the U.S. by 2025. Not combined, but HBO Max customers. At its current pace, it may have trouble doing so. But it can get there with some marketing adjustments. Why do we say that? Because HBO has been a premium brand since the 1980s and even now it only has 41 million subscribers compared to Netflix which has 189 Million subscribers in less than half the time but for almost the same cost per month. And Disney has been at it less than 2 years and has more than 5 times the amount of paid subscribers as HBO Max has activations which can be attributed to everything from those getting the service via cell phone promotions, authenticating through providers and independent activations. If HBO Max is going to reach 55 million subs it needs new customers and a way to bring in every HBO customer as well. Here is how it can do so.

HBO Max has a stupendous classic movie collection. Due to its partnership with Turner, HBO Max boasts hundreds of movies from multiple eras of film making including 70 movies from 1930-1960. These are the kinds of movies that defined their era like Casablanca, Citizen Kane, Gone With The Wind,  The Wizard of OZ and Singing in the Rain. Movies rotate in and out over time much like the TCM channel on cable. Yet HBO Max does not seem to appeal to that audience as much as it tries to pair the classics with new movies as a way of saying we have something for everybody. HBO Max needs to specifically reach out to the fans of classic movies and say hey, we have something just for you here.

HBO Max has done a better job of reaching DC comics/movie fans. But it could do a lot more. HBO Max should be the Warner equivalent of Disney+ for Marvel. But again it is not. HBO Max should be the one-stop for DC entertainment but it is not. It is the biggest collection for sure. When it made the decision to shutter the DC Universe app as a streaming service and moved content to HBO Max it grew substantially. But by rotating content from this catalog, it hurts its appeal. HBO Max should be the place where you can see everything Superman and Everything Batman from the first movie serials, to the latest on-screen versions. Smallville, The Adventures of Superman, the Batman TV Show from the 1960s and everything in between. It could also stand to increase its Animated movie lineup, which has long been better regarded than its live-action movies overall. There is not a rich history of films or TV shows featuring other DC characters at the moment. But it needs all of them.

In comparison, a Marvel movie fan can now watch close to every movie made featuring Marvel characters outside of the various Spiderman films still under Sony’s control. Disney+ subscribers can watch every Starwars based movie, The top cartoon shows on its service. It’s missing a few entries such as the Ewok Adventure but does not leave out much. This includes all but one of the X-Men movies recently procured from Fox.

A more comprehensive library could be a big draw.

Aside from the high profile shows like Friends and The Fresh Prince of Bel-Air HBO Max is home to many TV shows from TNT and TBS. These are shows that are currently in season. And HBO Max has them all commercial-free. That is no small thing. HBO Max should put all of them on the service and start a hub just for Turner TV. Keep in mind, anyone with HBO via a pay-TV provider is a potential viewer for TNT and TBS. Why not watch their originals commercial-free instead of worrying about a DVR or on-demand or worse, watching when it comes on live. If you want to jump into a show and binge that would be the way to do so, even if you don’t want to watch anything else HBO Max has to offer, but I bet people will find something else.

Take Its Power Back

HBO Needs to end the integration of its catalog into cable system apps and boxes. Too many potential HBO Max customers can access its content via their cable TV apps. Why use HBO Max to do so when it is available somewhere else. Why spend 5 minutes setting up something new? People don’t care too much about where they get content as much as they want simplicity. HBO may not care whether people view its content via homegrown apps or via on-demand services from TV providers. It may have information that much of its linear TV user base does not have access to streaming services. But as access to streaming platforms grows HBO is essentially sacrificing activations that should reflect the reach of its programming. Maybe AT&T would lose more money than it would make with such a move at a time when it is trying to pay down debt. But if it wants to impress investors next year it would do well to show serious growth.

Be The Home Box Office

HBO Has already decided to put all of Warner’s theatrical releases on TV for a month. Why isn’t it flexing this? HBO should be screaming it from the rooftops, “We are the place where you can see movies from the theater at home right now”. People have been asking for this for as long as I have known. And it is the only one that can do this. Netflix is not going to get a deal like this. Disney has decided against too much of that kind of marketing opting instead to hold its major releases for later. But HBO went all-in on this. Let people know. See the Oscar Winners from home, See the most anticipated Action movies of the year from your home theater. It’s almost a crime that this is not out there everywhere.

HBO Max will have more content one day. It will follow some period after the industry can return to a normal production schedule as well as normal production costs. Without getting too into specifics let’s just say that producing a TV show is quite a bit more complicated and expensive right now. HBO Max could not have known this would happen when it started planning a new service. But it has to make up for lost time at some point and give people a reason to say I want to log into this service even though I already have HBO, or I want to subscribe as a new customer. Warner has a lot of IP it can build off of. If it were to roll out a Die Hard TV series, or series based on Jaws or continue to build on its DC properties which is very much in its plans it could begin to build a lineup that could attract eyeballs and new subscribers. For goodness sake its parent company controls some of the most powerful studios in the world. It can make smaller movies for TV at least as well as Netflix can. As we said, this is not something it can do at the moment in the way it will be able to later. But it is something that must be done. Netflix has shown that it can create new fandom with shows like Stranger Things and Bridgerton. Warner’s people probably have their hands on tons of screenplays that never made it to the big screen that could really shine on the small one. Let’s see it.

So we should expect a big month or two for HBO Max with the two highly lauded movies making their way to the small screen. The service may even gain 5 million or more new activations. It would not be a shock. But if it wants to rival Netflix or even sniff Disney’s numbers it’s time to re-imagine the way it talks about itself.  It can be huge, but the days when a service could just become a success by existing died when there was more than one way to get premium entertainment. 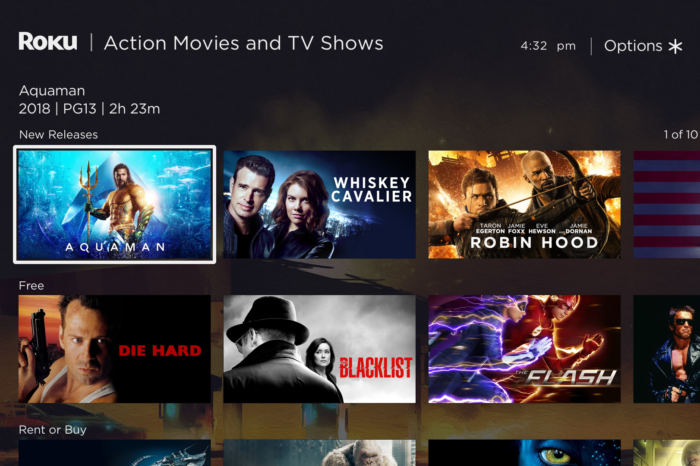