If you have not been paying close attention to the streaming TV space, you may not have noticed that there was a new version of The Twilight Zone on TV. The show was produced and hosted by Jordan Peele, who has been a goldmine for the big screen with hits like Get Out and Us.  Unfortunately, his Midas Touch did not extend to the small screen.

The CBS All Access show was canceled after two seasons. CBS All Access will be rebranded as Paramount+ in March with the launch of a newly branded service that has been getting a heavy commercial push. The service will offer everything CBS All Access has offered up to this point including live access to local CBS affiliates while integrating more content from the ViacomCBS family. 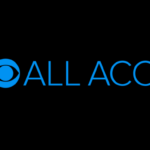