CES LasVegas–TiVo surprised attendees at Pepcom with a (first in its product line) dedicated streaming device. The very small streamer is called the TiVo Stream. It is a 4k Android TV-powered 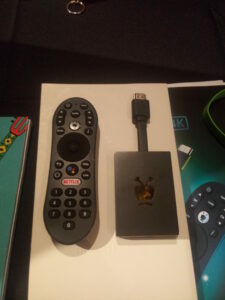 The TiVo Stream 4K and Remote

device that launches into a TiVo based app upon launch. While TiVo DVR products have supported streaming for years they ran on their own OS and also, of course, worked as DVRs.

The interface looks and feels very much like the type of Interface you would find on their popular DVR’s. The device plays on the same concept as the second generation AirTV player which is also an Android TV dongle that launches into a separate app.

This means that despite its very different Interface, the dongle will support the Google Play Store, Google Assistant, and built-in Chromecast support so that users can launch apps from mobile devices to their screens.  Like other TiVo products, it allows for a cross-platform search that includes many of the top streaming apps. It can’t search every single app but it searches the biggies like Netflix, Amazon Prime etc.

In addition, Sling TV can be integrated into the system’s TV grid along with multiple channels from other Internet-based sources.

The TiVo Stream is not a DVR

We want to emphasize this again. Unlike the other products in the TiVo family, the Stream Android TV is not a DVR. In fact, the closest thing you can get to a DVR on the TiV0 Stream is via the Plex Cloud-based DVR. The device also does not have a spot to plug in an antenna. Users who want to use an antenna though can utilize Sling TV’s AirTV Tuner.

The late entry into the streaming player game is an interesting move for a company that is a product leader in one field already. 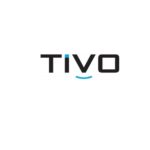