Fuse Media, a Latino-owned, multicultural focused entertainment company, will debut two of its new free, live streaming brands — Fuse Backstage and Fuse Beat — through a new agreement with Roku.  As of today, both brands are available via The Roku Channel, the home of free and premium entertainment on the Roku® platform, as part of its free lineup.

Said Fuse Media Head of Digital Patrick Courtney, “The official debut of Fuse Beat and the expanded carriage of Fuse Backstage per our new agreement with Roku marks yet another leap forward for our company’s streaming activities.  Along with Fuse Sweat, Fuse Media continues to rapidly expand the variety of content choices to our fans who prefer to stream their entertainment. 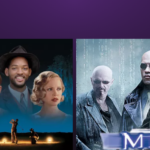