While flipping through my Facebook feed I see another picture of a raggedy old mutt. Now keep in mind that for me to see pictures of dogs on Facebook isn’t unusual, I’ve got several friends who love their pups more than people. And at the risk of sounding like a real jerk, I tend to ignore them. Because to quote my favorite kitty “Cats rule and dogs drool.” I’m a cat lover through and through. But this picture was a little unique because it wasn’t from one of my misguided friends, it was a trailer from Netflix and the pooch in question was Benji.

I’ll admit, I was struck with a little nostalgia while I watched the trailer, I had seen the classic when I was a young boy during its original run, but the last time that I saw it was sometime in the 90’s so I decided that I was going to go ahead and watch this reboot of a classic.

Is it a new family classic?

This movie is dark, I’m not going to deny it. You have two kids who are kidnapped and there’s no slapstick comedy in it like you would expect to see on a family movie of this nature. That’s not to say that there’s no humor, you can’t have a film with kids and an abandoned dog without some humor, especially in a flick directed at family, but these criminals are not bumbling idiots like you see in “Home Alone” or “101 Dalmatians”.

They look evil and they act evil on the screen. And while parents can watch with their young kids and know that the end is going to turn out okay. The kids won’t. It’s also a movie that goes out of its way to tug at your heartstrings too. And it doesn’t matter if you’re five or 55.

Does it hold up today

It’s easy to go on a rant about how movies should do more of this and less of that. The truth is that for a movie to be good you need a good story. It doesn’t have to be realistic, clean, or have an ‘R’ rating. Just good. This is a good story. It was a good story when it was originally released in 1974. And the retelling of the same concept today continues to be a good story. But be forewarned… if you watch it with your young child there very well could be crying, screaming at the TV and hiding your eyes during some of the tense moments. But don’t worry. My bet is that your kid will comfort you when you do that. 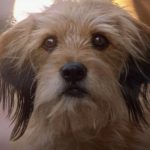