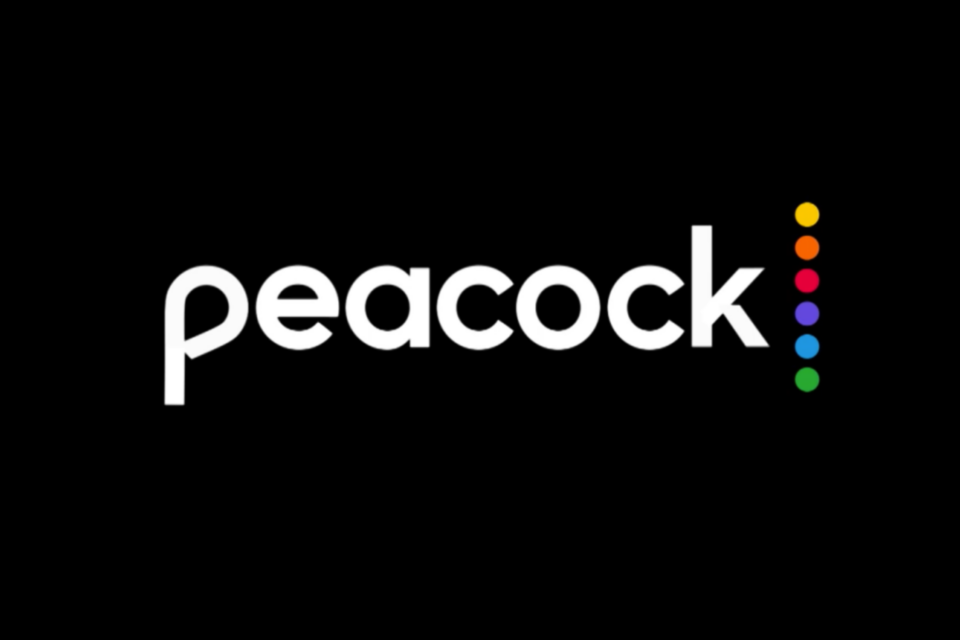 OK, so you may have seen the headlines on some cord-cutting websites yesterday. Comcast CEO might want to buy Roku. This comes from a passage in an article from The Wallstreet Journal  “Inside Comcast’s Plan to Become a Streaming Giant”.

“Mr. Roberts, 61 years old and known as an aggressive deal maker in his two decades atop Comcast, has told people close to him that he doesn’t feel a need to seek a merger. But he is scoping out options, and ideas on the table include a potential tie-up with ViacomCBS Inc. or an acquisition of Roku Inc., one of the people said.”

I’m sure the idea of the headline even existing sends shivers down the spine of people who hate the cable companies, hate monopolies, and just in general, like to see more independent companies in the marketplace. There are a number of reasons to feel that way and that’s not what this article is about. I think people are missing the actual story in this. The other major statement in the Wall Street Journal article may indicate the actual state of streaming within Comcast. It said the same CEO was talking about somehow working together with ViacomCBS.

That one sentence has garnered an outsized level of attention when seen in the context of the article which is cavernous. Far later in the story after discussing all of the things that have gone poorly for Comcast in the past 5 years including the failure of Seeso, the hesitancy to pursue Warner Media, comes this gem that should dispel the “is Comcast buying ViacomCBS talk”

Before ViacomCBS launched its Paramount+ service in March, Comcast floated the idea of joining forces on streaming, with Peacock becoming the home for ViacomCBS content, one of the people said. Viacom wasn’t interested and went ahead with its own service.

Viacom CBS of course is a network competitor with a competing streaming app that is quite similar. Paramount+ offers movies and TV shows from CBS, Viacom, and Paramount Pictures, CBS sports events, a selection of Paramount+ originals, as well as a live feed of local CBS for those willing to pay a $9.99 price point. Peacock offers movies and TV shows from Networks owned by Comcast including NBC Universal, Universal Studios movies, and a small slate of Peacock originals. Peacock also houses the WWE Network library and is home to a number of sports events including the Olympics.

Why would Comcast who walked away from Hulu after spending over a decade investing in a now very successful steaming venture to launch its own now discuss working with yet another network to collaborate on a streaming venture? Why would Comcast even broach the idea of buying Roku, a company that simply sells a portal to streaming services in general along with advertising and licensed use of its operating system? Maybe it’s not working. Maybe they are throwing spaghetti at the wall to see what sticks.

While many think of major network executives as evil geniuses sitting in a room surrounded by evil minions like Voldemort in Harry Potter and The Deathly Hallows, they are not. And as evidenced by AT&T’s total flip flop on AT&T TV, Direct TV and U-Verse, sometimes they make a big bet that works out very badly.

Remember what people were saying about Peacock months before it launched? Comcast expected that most cable providers would just offer the service to their customers for free as part of their cable TV service agreements. That would have put Peacock right at the fingertips of 60 million people right away without much extra advertising. In the end, only one cable partner offers Peacock for free outside of Comcast of course. In 2019 NBC Universal CEO Steve Burke felt that understanding that NBC’s library isn’t as strong as others, according to a person familiar with the matter.

Comcast also expected to leverage the 2020 Olympics at launch to draw eyes to the service within a month or so of launch with exclusive athletic events. They will get that chance this summer instead since it appears the Olympics will in fact take place despite the backlash from the people of Japan. The Wallstreet Journal reported that Peacock has 10 million paid subscribers. That is people who are paying at least $4.99 per month. Customers can pay as much as $9.99 per month for Peacock if they choose the commercial-free option. But more customers actually choose to sign in to the free version of the service which has less content and commercials than subscribe. Comcast said in late April that Peacock had 42 million sign-ups. But fewer than 10 million consumers paid for the service as of May. So 32 million or more people think Peacock is worth a coffee date, but they do not want to get serious.

The WSJ reported that via a plan known internally as PlatCo, Comcast is working with Walmart Inc. and Chinese manufacturer Hisense to develop smart TVs that could be in stores later this year, some of the people said. Is Comcast looking to develop a TV Interface as well? For the record Hisense and Walmart already make TV’s built on the Roku OS.  The best guess is that the sets would work with the operating system based on what customers get with the Xfinity Flex streaming boxes.

What’s all this mean?

Here is what happy warrior and Streaming Advisor writer Chris Brass and I think happened. The idea of buying Roku was broached quite possibly even seriously, or even just a mention. If it is being reported a paper of record like the WSJ it must have actual merit. But I bet it came up when they were talking about the smart TV distribution idea that they are apparently pursuing. But Comcast instead decided to leverage their own Flex platform.

After all, in order to make the Roku platform work as a Comcast money maker, it would have to fundamentally change what Roku is as a platform and what makes it popular. If it became a primary portal to an app that has 10 million or fewer customers it would be far less popular than it is as the agnostic service that promotes everything. It would also make Roku or whatever the company branded it as a direct competitor to all of the other streaming services and platforms. That would seriously complicate the ability to offer Hulu, Disney+ Paramount+ HBO Max, ESPN, and many other apps on the platform. Plus, by building the platform into TV’s it means that Comcast will not have to market a new streaming box at a time when more and more TV’s ship with strong standalone streaming interfaces built-in whether they are Roku, Android TV, Amazon Fire OS or in-house systems like Web OS and Tizen. I think the market for set-top boxes has matured and coagulated around a few winners at this point.

The TV’s may end up being a big hit or a big miss. They may also not happen at all. A lot of it will have to do with price and shelf space. The truth is that most people don’t pay very close attention to the operating system on their TV. They don’t even get to see it in action because it will be sitting in a box with pictures of apps and events on it or on a wall next to every single other TV being sold showing the same pictures of oceans, Rio, The Grand Canyon or whatever high-end footage the retailers use in their demo area. It’s hard to tell what a TV does by looking at the box. They all say stream your favorites with thousands of free apps etc. Amazon Fire TV’s don’t say we put all of Amazon’s content out front, Roku Powered TV’s don’t say, We just lost YouTube TV and Samsung does not advertise that they can’t be side-loaded.

All of that being said, the undercurrent of the story was that Comcast has been too cautious on the streaming front so far. It spent 2 billion in streaming content over the next two years compared to Netflix which will spend 17 billion in 2021. Part of that is because Comcast actually owns a lot of its content. But it also means it is not putting very much money into new things, while Netflix is constantly adding new originals in order to build the kinds of libraries that companies like Comcast have over 80 years. Comcast is a giant in the broadband world and the Cable TV world. Its TV networks are household names. But it has not translated that into streaming success yet. ViacomCBS already rebuffed the idea of a combined service, Disney outbid them for Fox, Discovery Warner is set to become a reality and premium mega library and Peacock is waiting for the Olympics to lift it up this summer. Its other plans may include pulling more NBC content off of Hulu in the next year, which very well may bring more eyes to Peacock (especially if it is part of the free offering). It also plans to become more of a hub for Universal Studios content. But the key will not be which old movies can you watch on Peacock. The key is what’s going to be new and exclusive on the service.

The Streaming Advisor would love to have 10 million YouTube subscribers Click here if you want to see what we do. It would be life-changing to people like me. But a company like Comcast needs more for its investment than that. After nearly a year Disney Plus had over 100 million subs. Discovery + has nearly 15 million since January. With the backing of a powerhouse like Comcast, Peacock should have more to offer and more to brag about. The talk that it wanted in with CBS instead of having the confidence to go it alone and that it talked about buying a streaming device company should not send shivers down the spine of monopoly haters. It should send them down Comcast investors. None of Peacock’s original shows has gotten notice since they launched. The Olympics better be huge for Peacock, there better be a break-out hit on its slate of originals which has thus far been yawn-worthy. Or before you know it Roku might be adding the Punky Brewster reboot to its list of Roku Originals. 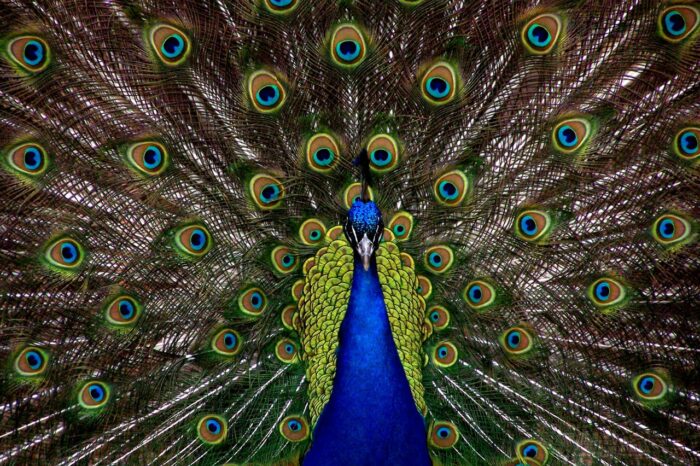 Shark Week Is Coming To Discovery+ 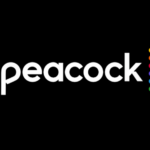