Paramount+ will feature more Star Trek, get in on the reboot game, lean on existing intellectual property, and spinoff existing shows as it attempts to build a new niche in the streaming world. The service does not come to the space without experience under its belt. It is after all built on the bones of CBS All Access. But the new service is looking to differentiate itself from its predecessor by first of all dropping live access to local CBS stations in its lower-tier subscription which will be $4.99 and placing the live TV access on the higher $9.99 tier. Do note though, live sports like NFL football will still be available for streaming. You just won’t be watching the local news after it ends. Paramount+ though will also offer a large slate of new original shows.

New entries include a revival of Frasier (don’t call it a reboot), staring original star Kelsey Grammer, new series based on past films such as the 1980s thriller Fatal Attraction, The Italian Job, Love Story, and 1970s movie The Parallax View.

Paramount+ will also build on series from its wider family of networks with shows like the 7th season of “Younger”, which has run for 6 seasons on TV Land. Nickelodeon will get in on the new service offering content including a new Rugrats series, a series based on the world of Avatar The Last Air Bender as well as live-action versions of The Fairly OddParents and Dora The Explorer.

The big get with Paramount+ though could be the new window from the cinema. Paramount will release major big-screen projects to Paramount+ after they have run for 45 days in movie theaters. The approach, which is the polar opposite of Warner Media’s strategy of placing premium content on its service at the same time it debuts on the big screen. This will bring films such as Top Gun Maverick, A Quiet Place 2” and “Mission: Impossible 7 to the service far earlier than audiences got major releases than in the past.

What's Streaming On PBS In March? 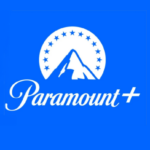