No matter how things change things stay the same. And one prevailing truth seems to be that sports content is still a key driver for TV viewing across all channels. That’s why Redbox, a leading entertainment company, announced today that it has expanded its content agreement with Anthem Sports & Entertainment, adding two additional channels to its rapidly growing free live TV streaming service. The fan-favorite music and entertainment streaming service AXS TV NOW and innovative combat sports platform Fight Network join Anthem’s  IMPACT Wrestling Channel on the Redbox streaming app, which is available on devices such as Roku, Vizio, Samsung, LG, Xbox, iOS, and Android.

AXS TV NOW is an ad-supported entertainment, music, and lifestyle streaming service tailor-made for viewers looking for world-class performances and concerts, compelling and inspiring stories about their favorite artists and celebrities, and first-person insights and explorations into the world of popular culture. As a credible content brand and premier music authority, AXS TV NOW creates and curates stories that both inform and entertain.

Compiling more than 500 hours of content from AXS TV’s rich cable library, AXS TV NOW boasts an extensive roster of original and acquired programming putting the spotlight on some of the Network’s most popular series. Featured offerings include Music’s Greatest Mysteries, The Big Interview With Dan Rather, Rock & Roll Road Trip With Sammy Hagar, The Top Ten Revealed, and Rock Legends, as well as a wide variety of digital-exclusive series such as the intimate artist profile At Home And Social and the weekly recap show Music High 5. The service also presents premium concerts from the world’s biggest artists like Pearl Jam, Bon Jovi, Tina Turner, Soundgarden, Anderson .Paak, and Maroon 5, and first-class documentaries covering icons such as Alice Cooper, Jay Z, Lenny Kravitz, Coldplay, Prince, and The Allman Brothers.

Fight Network is the premier destination for 24/7 combat sports coverage, unleashing more than 300 hours of hard-hitting live fights from top promoters across the globe. Additionally, Fight Network presents a diverse slate of critically acclaimed original programs including Retrospective, Diary, In 60, Fight Network Recharged and After The Fight, as well as an impressive roster of classic fights and compilations.

“Anthem Sports & Entertainment has a wealth of great content that is perfect for our Redbox streaming audience,” said Chris Yates, General Manager, Redbox On Demand. “We’ve already seen success with the IMPACT Wrestling Channel, and we know Fight Network and AXS TV NOW will also be well received by our viewers.”

“Redbox is a true pioneer in the streaming landscape, and Anthem is proud to expand upon our successful partnership with the launch of AXS TV NOW and Fight Network on the platform,” said Len Asper, President and CEO of Anthem Sports & Entertainment. “The IMPACT Wrestling Channel has been well-received by Redbox users, and we are excited to provide them with even more top-quality content with these two new additions. From classic concerts and iconic bouts, to insightful interviews, unique originals, and everything in-between, our networks offer something for everyone, and we look forward to sharing them all with the Redbox audience.” 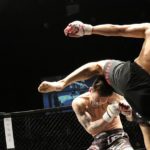