According to research group TDG Research, Hulu’s Live TV offering has as many subscribers as DirecTV Now. That is quite a feat for the service, which even a year ago only had about 450k subscribers. Not that it is some kind of little engine that could tale. Hulu is owned by behemoths, Disney, Newscorp, Comcast and even (DirecTV Now parent) AT&T. With a user base of 25 million users as of January, that’s a lot of people who have already bought in on the concept of watching via Hulu. And if you are already in with the service for On-Demand viewing it would be logical to move choose it for live TV as well due to familiarity with the format and even more just because you would not have to set up another account or get another bill.

Hulu has not actually published their live TV subscriber number but via AT&T’s announcement early this month we can glean that Hulu must have in the number of 1.59 million subscribers, which is where DirecTV Now currently stands.

Hulu with live TV offers users both live tv and on-demand access to programming supported on its live TV format as well as access to the company’s library of on-demand content which is still available separately from the live TV service.

Coming to Amazon This March 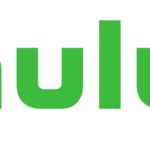