FRNDLY, a streaming service built around lifestyle content for families has a new offering in its ever-expanding lineup. Family Movie Classics. The channel, which launched in October 2021, offers older films similar to the sort of things found on a number of other channels on FRNDLY. Heros of the 19950s and 1960s like John Wayne are highlighted through weekly programming blocks. Dubbing itself as “real Family Entertainment” some of the TV shows featured on the network include Bewitched, Rawhide, Hazel, and Leave It To Beaver.

FRNDLY TV is by far one of the least expensive cable alternatives available to cord-cutters and is an easy way to add Hallmark channels and similar fare to the mix. 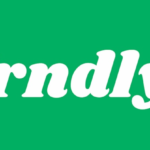