AT&T is selling part of its Live TV service to a private equity firm as it seemingly prepares to jettison legacy TV from its portfolio. The firm, TPG will control 30 percent of AT&Ts TV services which include AT&T TV, U-Verse and DirecTV. The three services will be spun off into a separate company. How will this affect the services themselves? Well, for one it appears that NFL Sunday Ticket could be on the chopping block. The NFL service that once served as DirecTV’s main selling point vs traditional cable TV allows users to watch NFL games that take place outside of their assigned regional media market.

The loss of NFL Sunday Ticket may as well be the end of the service in general. There are so many streaming-based TV services that offer general TV stations as well as sports offerings for a smaller monthly fee and more flexibility like contract-free plans that without an exclusive package it will be very difficult for the company to reel in new customers or hold on to existing ones.

The move fits right into to AT&T’s narrative of dropping expensive properties and consolidation around a couple of brands. Since it merged with Time Warner AT&T/Warner Media has focussed attention on building out HBO Max. In doing so it for instance shut down Drama Feaver a niche service that concentrated on Korean TV as well as taking its Turner classics for itself instead of offering them in partnership with the Criterion Collection via the now-defunct Filmstruck. Warner Media also shuttered the DC Universe as a standalone streaming service moving its comic book-based streaming content to HBO Max and leaving the app to stand up as a digital comics reader instead.

The move with DirecTV, U-Verse and the much newer AT&T TV which debuted only a year ago though signals that Warner Media could be walking away from the entire MVPD market and seeding it to the cable companies and other emerging carriers like Hulu, YouTube TV and Sling TV. This would leave Warner to further concentrate on its streaming venture with HBO Max, its cell phone business, and 5G rollout. It’s quite possible that Warner Media simply sees the writing on the wall concerning “the bundle” and contract-based TV packages. As cord-cutting grows 5G networks, streaming and nextgen TV will more likely define the change in TV.

The move could be very good news to NFL fans who could have a new partner for the premier football service. The hot rumor is that Amazon and Disney are working to put themselves in a position to pick up the service. Both companies have experience streaming sports. Disney’s ESPN of course is synonymous with sports and its service ESPN+ streams NHL hockey, MLB and a number of other major sports leagues already. It obviously also has extensive relationships with the NFL which contracted out Monday Night Football to ESPN and before that ABC. ESPN is also the home of most major college football leagues and major contests like the majority of post-season bowl games as well as the College Football playoffs.

Amazon on the other hand has spent the last few years as the sttreaming partner for Thursday Night football, via it Prime video app. The company has invested time and resources into getting their video app onto every major streaming platform and has 50 million US streaming customers. At the moment Amazon has a section of its app dedicated to sports. While not as natural a partner as Disney/ESPN Amazon has proven many times that it can walk and chew gum at the same time.

Both companies would present a number of cross-marketing opportunities such as Hulu pushing the service through its own live TV offering and Amazon offering it through Prime Membership. 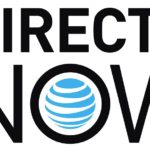