Amazon Continues To Highlight People Who Make A Difference

The Amazon Original docuseries REGULAR HEROES is continuing to highlight the contributions and personal sacrifices of just some of today’s most generous individuals who are going above and beyond to support their communities during the Covid-19 crisis.  These timely new episodes, filmed over the last week, will feature a teacher, zookeeper, deli-owner, reverend, truck operator, and an EMT with the FDNY. Additionally, award-winning actor, producer and comedian Kevin Hart and Golden Globe and Grammy-nominated singer, songwriter and actor Nick Jonas will make special guest appearances, surprising these heroes with donations of goods, services and more so that they each can continue to pay it forward in their cities.

As previously announced, the eight-part docuseries which premiered on May 8th with a special guest appearance by Alicia Keys shines the spotlight on these heroes’ tireless work and amplifies their efforts across America. New episodes of Regular Heroes will be available every Friday through June 26th in the U.S., U.K., Canada and Australia, and in all other territories on the following Tuesdays.

Episode Two  (May 15, 2020):  “The Science Teacher, the Deli Owner, and the Zookeeper” with a special appearance by Kevin Hart.  Featuring:

ROMAN GRANDINETTI (NEW YORK CITY, NEW YORK)
When the pandemic hit New York City, Roman Grandinetti of Regina’s Deli jumped into action. He reached into his own pocket, providing sandwiches for students who no longer receive the school meals that they depend on. He is also taking the time to drop off food for first responders who have been working tirelessly around the clock to keep the city safe. He has been doing this on his own, after having to reduce staff and keep his mother, Regina, in quarantine to protect her from the virus. 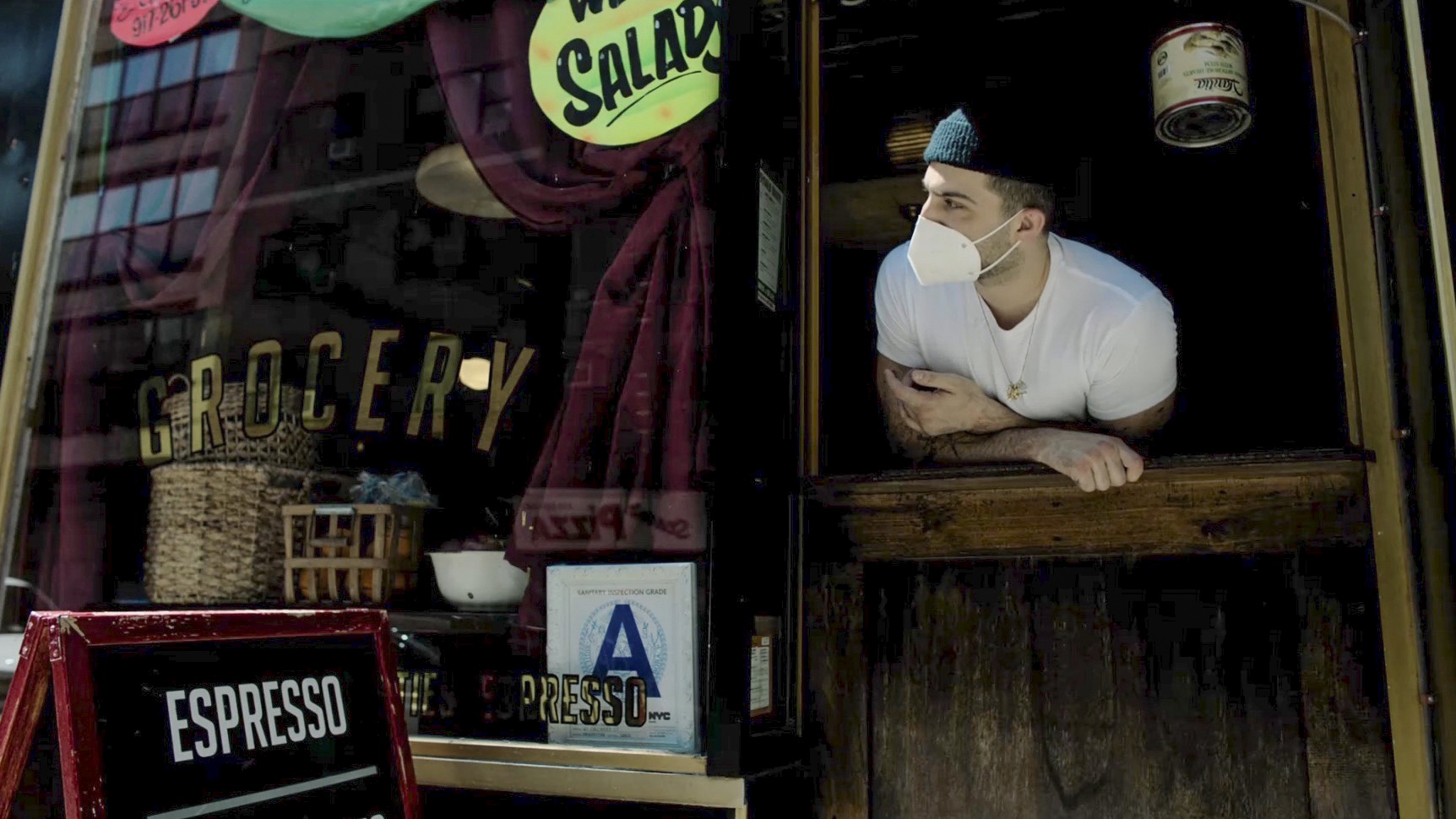 Roman Grandinetti splits time between a family business and community outreach and support.

JONTÉ LEE (WASHINGTON D.C.)
Jonté Lee is an inspirational Physics and Chemistry teacher in Washington, DC. He has always gone above and beyond for his students. With school no longer in session due to the COVID-19 outbreak, Jonté has converted his home kitchen into a science lab to virtually teach his students around the country. He also checks in with William, a former of a student he’s been mentoring, before he heads off to college in the fall.

CHARLOTTE TRAPMAN-O’BRIEN (ESSEX COUNTY, NEW JERSEY)
Zookeeper Charlotte Trapman-O’Brien has devoted her life to animals. With the zoo now closed and its staff greatly reduced, Charlotte is commuting hours each day and working overtime. She’s putting her own health at risk to ensure that the animal are fed and properly cared for.

Episode Three  (May 22, 2020):  “The EMT, the Reverend, and the Trucker” with a special appearance by Nick Jonas  Featuring:

DIANA WILSON (QUEENS, NEW YORK)
After being inspired by the first responders who risked their lives following 9/11, Diana Wilson applied to be an EMT with the FDNY.  Now after 17 years in that role serving her community, this single mother of two boys continues to make personal sacrifices in even more dangerous conditions as she care for those who are in life and death situations.

REVEREND ANDY BALES (LOS ANGELES, CALIFORNIA)
As the CEO of the Union Rescue Mission, Reverend Andy Bales is committed to serving his “brothers and sisters.”  From streaming sermons online, to opening the doors of the mission to those that need shelter, Reverend Andy and his team have been doing their best to quickly and safely offer help despite his own personal health issues which put him in a high-risk category.

SERITA LOCKLEY (MIDDLESEX COUNTY, VIRGINA)
Serita Lockley, who inherited her love of truck-driving from her father, now owns her own small trucking business.  Serita and her team have been busy helping get much needed items to a number of places, including essential items to retirement homes and construction materials to help pave roads during this pandemic.

Amazon Continues To Highlight People Who Make A Difference